Following Rick Hahn’s comments yesterday and the first influx of free agency rumors, I felt it was time to release my 2019-2020 White Sox Mock Offseason. This is not my dream scenario, which would certainly include a “big fish” such as Gerrit Cole, Stephen Strasburg, or Anthony Rendon. Rather, this is a reflection of what I believe will happen. I do think, perhaps foolishly, that the offseason will be pleasantly surprising. For an exhaustive list of the targets the White Sox may consider this offseason, please feel free to read or reread my complete offseason overview.

In my mock offseason, I attempt to plug the obvious holes on the roster by acquiring a designated hitter, a right fielder, two starting pitchers, and a catcher. While the White Sox are likely to improve their bullpen as well, there are so many potential relievers available with relatively unpredictable markets, so I omitted them from this plan under the assumption that one or two quality relievers will be signed for modest sums. In other words, I am not counting on a major reliever signing such as the improved Drew Pomeranz or the strikeout machine Dellin Betances.

First, let’s tie up the loose ends: Jose Abreu will be back, either when he accepts the team’s current qualifying offer, or when he signs for, let’s say, 2 years, $30 million, with a 3rd year mutual option for $18 million. Furthermore, every current player in arbitration will be tendered a contract except for Yolmer Sanchez, who I predict will still be brought back to the team to serve as a utility infielder for less than his $6 million arbitration projection. Now, for the fun part:

There is a lot to unpack here. First, let’s take a look at a comment Rick Hahn made yesterday:

Asked Hahn if Sox are willing to trade for guy w/one year of control. Said yes, depending on cost. Added: "We'd be open to a one-year improvement knowing that with where we've put ourselves economically, we might have the ability to retain that player when they hit free agency." 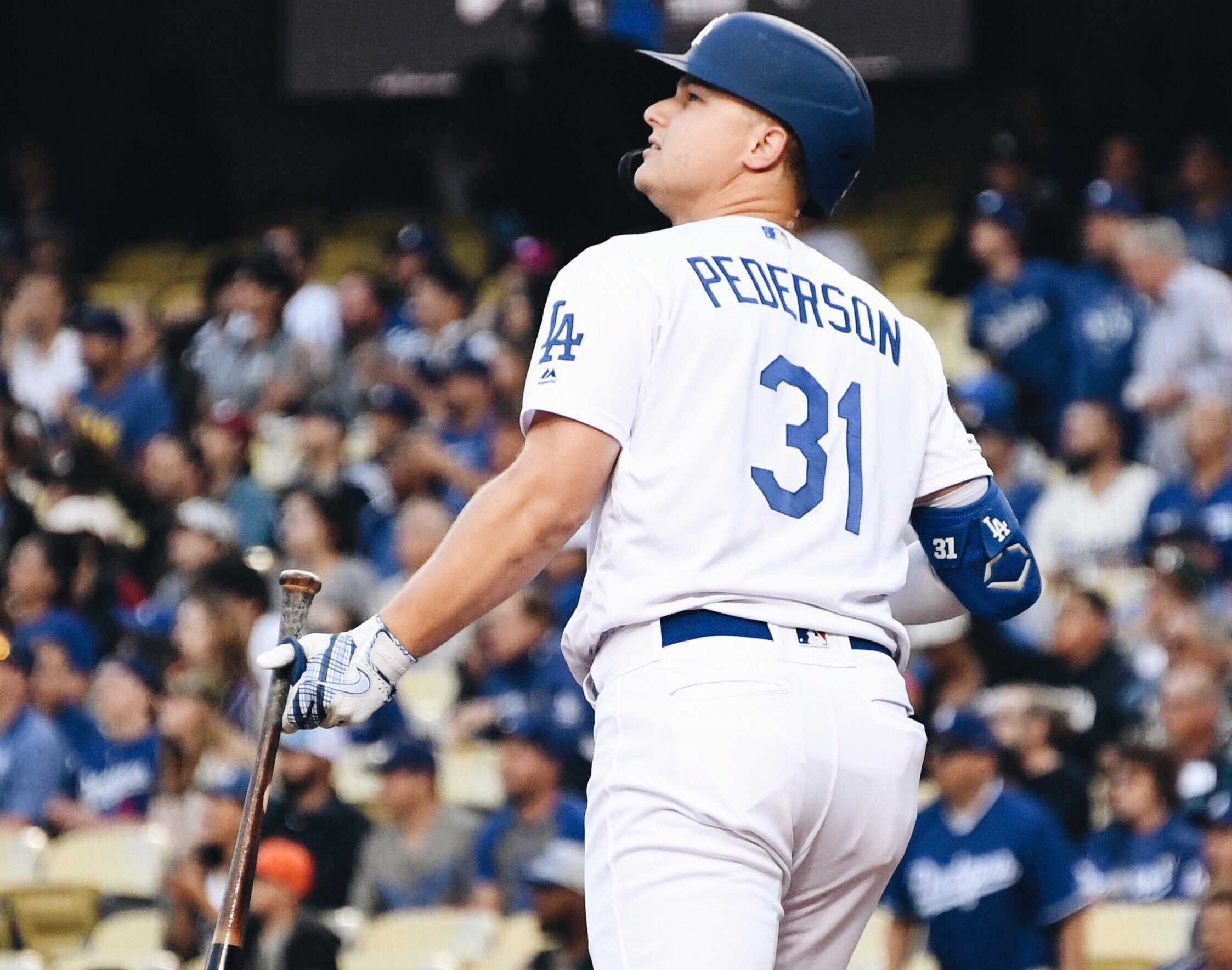 A lot of the reaction to this comment seems to be centered around Mookie Betts, but I thought of Joc Pederson instead. Pederson will be signficantly cheaper to acquire, is more likely to re-sign following the season, and is still a very good player.

Last season, the White Sox were unable to acquire Pederson, but the rumored packages that the Dodgers considered often revolved around a left-handed reliever and Bryce Bush. With one year of service time remaining, Pederson’s trade value is either less or about the same (due to his strong performance in 2019) relative to last winter. Hunter Schryver is a left handed relief prospect who was solid before reaching the extremely hitter-friendly International League (AAA), Blake Rutherford is a young and potentially competent outfield prospect, and Bush is a toolsy hitter who struggled in 2019 but still showed flashes of promise. I have a feeling that White Sox fans will consider this an overpay for one year of Pederson and Dodgers fans will believe that it is not enough, which is always what I aim for in attempted trade proposals. I truly do not know what a trade for Pederson would look like, and this is just my best guess. Regardless, he does make a lot of sense as a target. (For the record, I would still love to see a trade for Brandon Nimmo, as I discussed during the season.)

Nicholas Castellanos provides a very reliable bat in the middle of the Sox order, and while he would likely play designated hitter more often than not with Pederson also being acquired, I would like to bring up this comment from Rick Hahn:

Talking about filling hole at DH, Hahn said it'd be nice for the eventual add to be able to DH and play the field. But, he added, if Sox can get someone caliber of Nelson Cruz, who's DH-ing in Minny, it's probably fine if that person DHs every day.

Castellanos could still get occasional starts in RF, and the lack of a true DH on the roster could help the team spell players occasionally and become more versatile overall. Luckily, Castellanos is a good enough hitter to justify playing at DH anyway. This would be the largest free agent contract in franchise history, but Castellanos seems likely to deliver a solid return on investment.

With the Sox acquiring Castellanos and Pederson in my projection, it would probably be unrealistic for me to include Yasmani Grandal as well. Grandal will have a robust market in any case, and a marriage with the White Sox will be an uphill battle.

Jason Castro, however, is a great complement to James McCann. He is a decent hitter and an excellent framer whom the White Sox young pitching staff will love throwing to. He also bats left-handed, which helps balance out the White Sox lineup a bit. The signing would not grab many headlines, but it would certainly help the Sox win games. 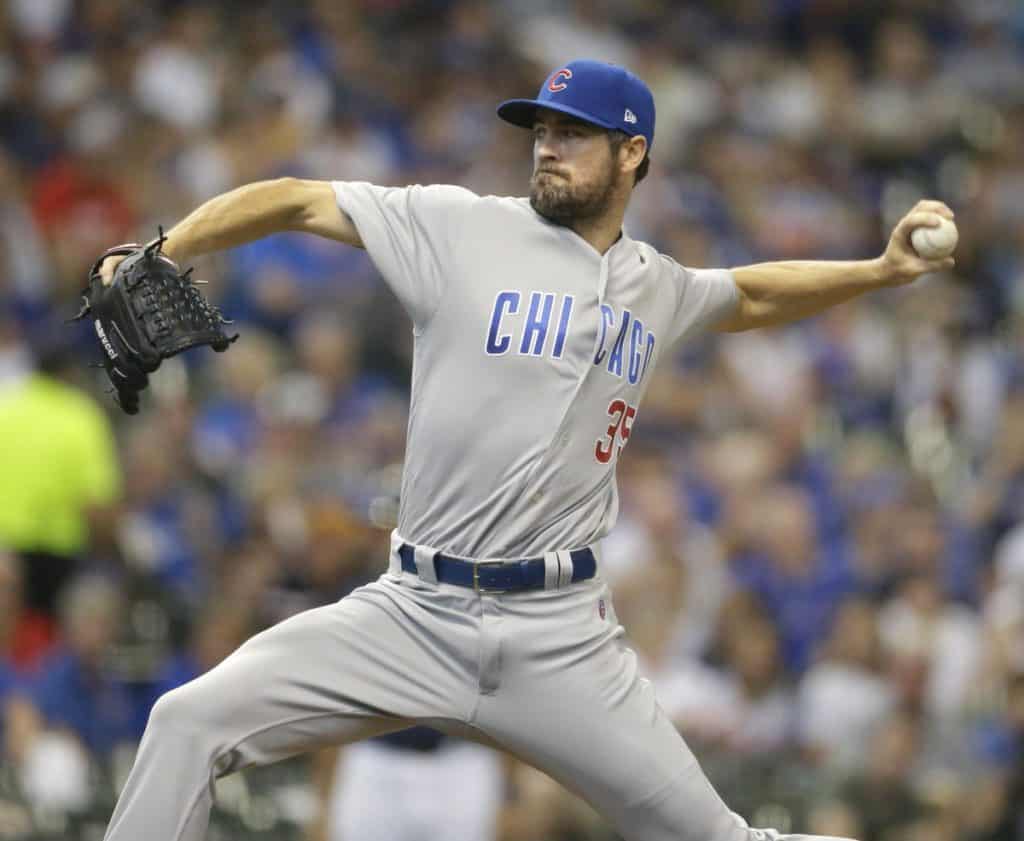 Look, I love Zack Wheeler, and I love that the White Sox have been attached to him already in rumors. Yet, with the Yankees and Angels seemingly determined to add a front-line starter, I think he ends up with one of them. One will land Cole and the other will land Wheeler, because I believe Stephen Strasburg re-signs with the Nationals. I do not trust the White Sox to win a bidding war with any of the aforementioned teams.

Cole Hamels, however, can still pitch well and would be a great influence on Lucas Giolito, Michael Kopech, Dylan Cease, and Reynaldo Lopez. He would slot in nicely in a Sox rotation desperate for a veteran that can turn in quality starts.

Rick Hahn has alluded to the White Sox signing two starting pitchers and dealing with depth issues later, so why not sign someone who you basically know can’t get through a full season anyway?

Rich Hill is old and injury-prone, but when he does pitch, he is still fantastic. Treating him as half of a starter, to be paired with someone like Carlos Rodon, who is slated to return in the second half of the season, could be a smart way to maximize production from the rotation.

I know, I spent $54 million in free agency for 2020 (assuming an even distribution of money over years), plus whatever Abreu gets, plus adding Joc Pederson. Might it be optimstic? Sure, but I also do not expect the Sox to maintain extremely low payrolls when their young core seems ready to contend. Based on other plans I have seen, mine may even be on the pessimistic end, since I am not including Grandal, Wheeler, or J.D. Martinez (via trade), even though those moves are possible.

Regardless, the team I put together would be pretty fun. It would look quite different in the first half compared to the second half due to returns from injuries and prospect promotions, but it seems like it would win a lot of games. Let me know what you think!

Early season bench (Assuming 4 players instead of 3 due to new roster rules): C Castro/McCann, PH/C/DH/1B Collins, IF Mendick, OF Engel

no way the sox give up rutherford in the pederson deal, unrealistic at best. and a big no to hill, for the sox it is time to go big, or just stay the course (which is probably what they will do anyway).

My name is Nikhil (Nik) Gaur and I have contributed to Sox On 35th since 2017. I am also a lifelong White Sox fan living in Chicago, originally from the western suburbs. I enjoy monitoring the minor league system, evaluating new metrics, and writing about the development of the team's core pieces. I am excited to continue to provide content on what is becoming such an entertaining team!