A Look Back at the Chicago White Sox Final Vote Campaigns

Over the years, the Chicago White Sox have had their fair share of players take part in the All-Star Game Final Vote. In fact, the team’s had the most nominees out of any Major League club with eleven. I decided to turn back the clock and take a look at each of the South Side Final Vote campaigns.

In its inaugural season, Magglio represented the Sox in this two day voting event. He finished fourth in the voting behind Eric Chaves, Jim Thome, and the winner, Johnny Damon. 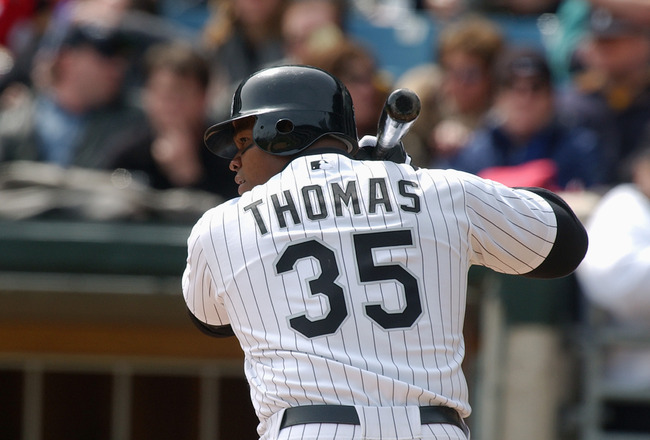 The “Big Hurt” made his first appearance on the Final Vote ballot in 2002. However, Boston won for a second straight season as their captain, Jason Varitek, received 3.2 million of the total 10.8 million votes. In a very interesting Final Vote year, the White Sox had two players on the ballot. Coincidentally, they are two of the classiest players to ever wear the black and white. Frank took second place and “Paulie” finished right behind him at 3rd, both falling to New York’s Hideki Matsui. Now, we can argue all we want and say the votes were split between Sox fans who had to decide between two all-star caliber players. We’ll never know what would have happened if only one Sox player appeared on the ballot that year. 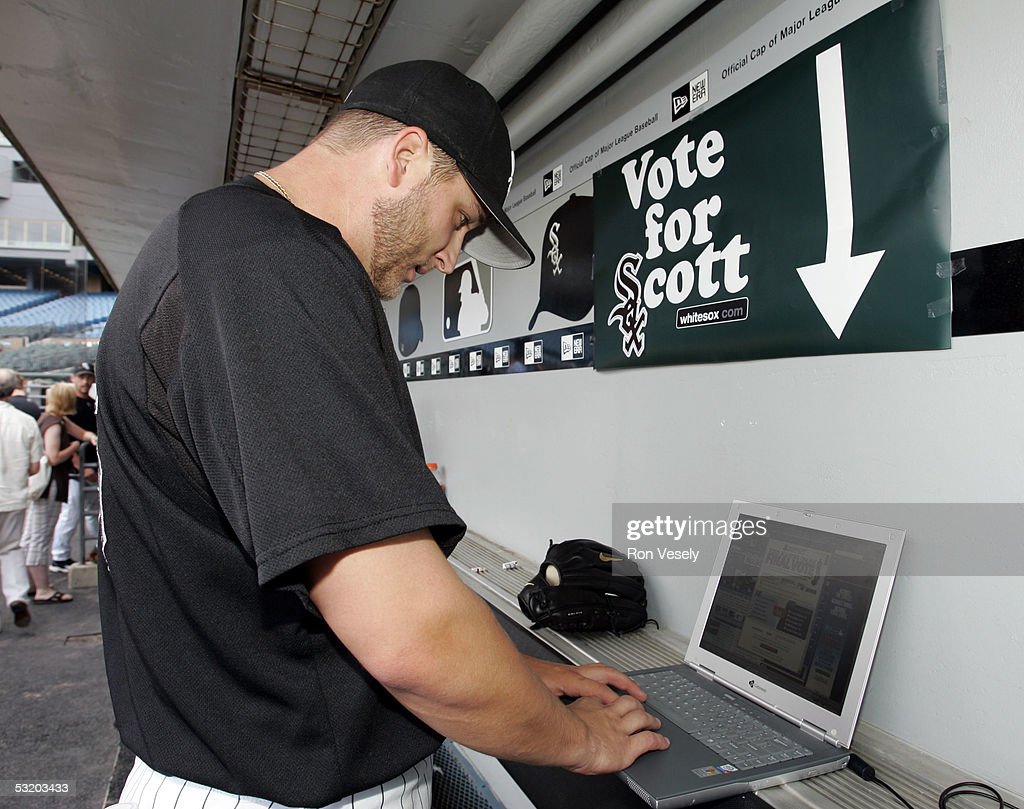 In the magical 2005 season, “Scotty Pods” dominated the American League with 3,965,473 votes to overtake players like Derek Jeter, Tori Hunter, Hideki Matsui, and Carl Crawford. On the opposite side, Roy Oswalt won for the National League. Both players went on to face each other in October, but only one drank the champagne.

Jermaine Dye’s strong 2008 playoff season wasn’t enough for him to earn a Final Vote victory. He finished in second, losing to the Rays’ Evan Longoria.

Former White Sox OF Nick Swisher won in 2010. In his second appearance on the ballot, Paul Konerko finished in fourth place behind Michael Young and former White Sox 3B Kevin Youkilis. Konerko’s “Pauliewood” campaign still has to be one of the most memorable Final Vote campaigns in White Sox history.

After the “Pauliewood” campaign didn’t get the job done, the White Sox switched up the slogan to “Paul-Star” for 2011. This time it worked, as the captain of the South Side received 8.4 million votes of 50 million votes.

This one will make some Sox fans smile. In case you forgot, Jake Peavy was a man on the roster and a pitcher in our rotation. He had quite the 2012 season, but finished dead last in the Final Vote. He lost to Yu Darvish of the Texas Rangers. However, Peavy eventually went on to make an All-Star Game appearance after some roster changes to the American League team.

The one and only Chris Sale became the fourth White Sox player to win a Final Vote campaign in what was his third All-Star Game selection. The ace took down Garrett Richards, Rick Porcello, Corey Kluber, and Dallas Keuchel in an all pitchers American League Final Vote.

With a lot of talent down in the farm system, don’t be surprised if a few more Sox players make their way onto the Final Vote ballot in the coming years and bring home another victory or two. The future will surely be an exciting time for All-Star voting on the South Side.

It all started back in 2005 thanks to a combination of the magical postseason run and my little league team. Before I knew it, I was a diehard Sox fan despite being a lifelong resident of the East Coast. Now a senior Television Production major at Seton Hall University, I have the pleasure of running this site along with my great staff and the incredible support of the South Side faithful. Things are about to get really fun soon so sit back, relax, and strap it down with us.

What can life without baseball teach us about...

Should Chance the Rapper become a White Sox...